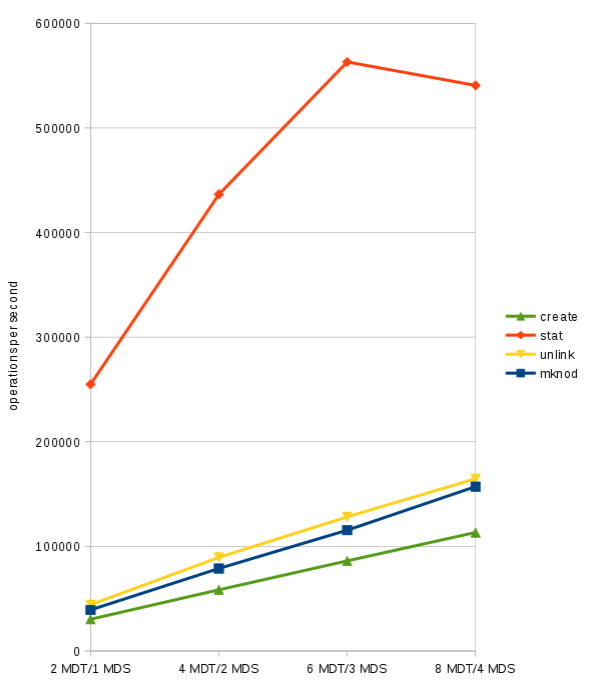 Appendix B: One metadata targets per MDS, raw values =

The measurement of a single MDS with one MDT was reviewed and was judged to be erroneous. For this reason, this value is omitted from this figure.