The contract reached completion in July of 2015. 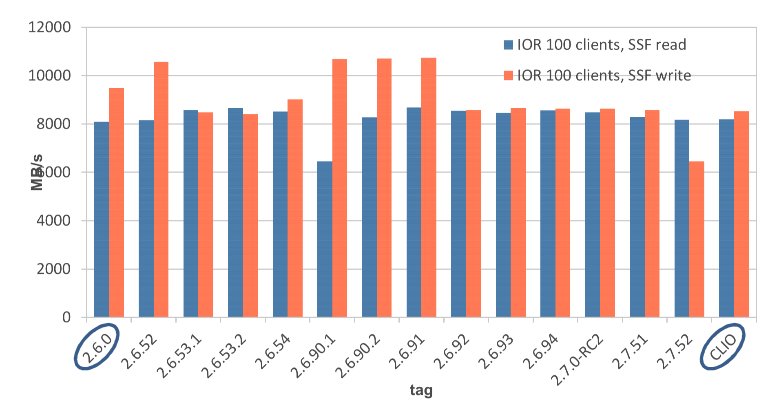 Patches for a simplified CLIO stack were landed over a period of approximately six months with the final outstanding CLIO Simplification patch landed on Mon, 29 Jun 2015. The complete list of patches created by Intel and their commitment into the Lustre Master is recorded below.

"Variability should be communicated from the raw results through to the validation metrics."

"Clean-up project was not overwhelming. One-or two regressions. Exposed problems in the test suite. Really need to figure out why they only become visible after time. go back and analyze why this issues aren't immediately."

"Spent time re-basing and avoiding collisions. Topic branches would be useful for something like this in the future."

"CLIO work was separated well from the DNE2 and LFSCK3/4 work areas. This avoided costly collisions during landing"

"Test matrix needed to be made available to assist communication, record configuration, and communicate data."

"Using the OpenSFS wiki as the canonical project tool worked well. It allowed our work to be visible and avoided copying work between wikis."